The store will not work correctly in the case when cookies are disabled.
Menu
Account
Settings
Currency


SKU
ULTRARELEASEBRG
Trustpilot
£90.00 Info UK VAT charged at 20% £75.00 Info Outside of EU and EU VAT registered companies only (not UK).
Add to Wish List Add to Compare
Skip to the end of the images gallery 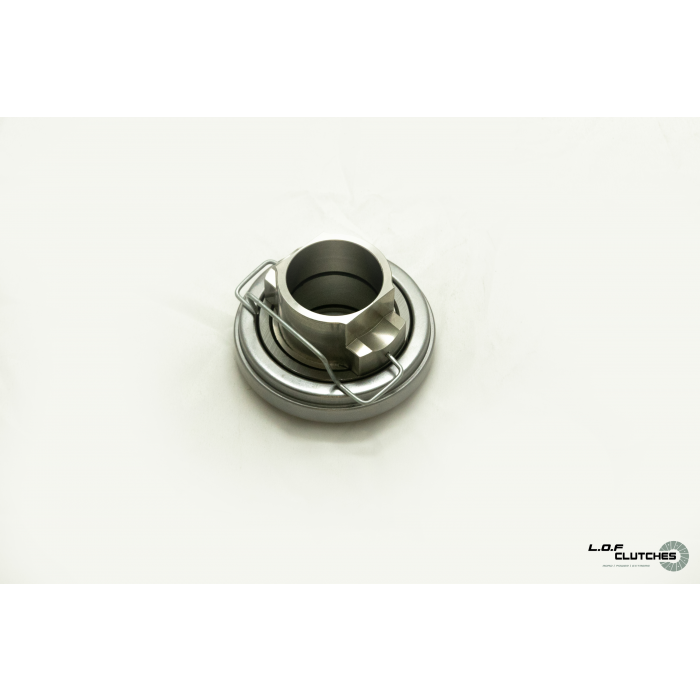 Skip to the beginning of the images gallery
Details

A super strong and reliable direct replacement for the standard Land Rover clutch release bearing part number FTC5200. The EXTREMEspec Release Bearing has added features to ensure you get the best possible solution for the job.

Fits TDI, TD5, Series 3, V8 and all applications where FTC5200 is originally used.

Comes with a LIFETIME warranty.

LOF CLUTCHES-The designers of The EXTREMEspec Release Bearing is the Ultimate in Land Rover Clutch Release Bearings. We’ve taken the application and the concept of a standard plastic carrier with a bearing that is adequate then taken it to a new level.

Our custom designed EXTREMEspec Release Bearing  has been engineering from start to finish with Maximium Strength and Reliability in mind.We’ve taken onboard all the issues that the standard type bearing causes and all the flaws it has and addressed each of them thoroughly.

We’ve made no compromises and applied the correct design features to maximise the potential of our product. We’ve selected the right material grade that will take extreme abuse and cope with temperatures beyond what could be produced by even the hardest working vehicle.

Unlike current modified release bearings carriers on the market we’ve not used the standard bearing. In our opinion its too small for modern applications and certainly not suitable for anything that been modified. As a result we’ve discarded it, started a fresh and sourced a bearing that is more than man enough, a bearing that is capable of loads far in excess of the application we will be using it for – this means it’ll never be tested and will always be reliable.

In addition to making our EXTREMEspec Release Bearing Strong and Reliable, we’ve made it long lasting adding a simple feature that allows grease used on the guide tube face. Oil rings keep the grease in place and protected from contamination. This barrier of grease will not only protect the release bearing but also the guide tube itself. It’ll also minimise clutch release bearing rattle, a common problem that gives a loud rattling noise on idle which is cause by a lack of grease and poor design tolerances.

Having looked at every aspect of the clutch release bearing there is only one more issue to resolve and the EXTREMEspec Release Bearing addresses this with absolute uncompromised logic. Historically the Land Rover Release Bearing has been attached to the fork via a very poor and quite pathetic plastic staple. Anyone who’s ever fitted a clutch fork knows that this plastic staple isn’t fit for purpose. They break, bend, melt and fall out. They were a last after thought but managed to be kept in production all the way from the early 70’s when they were introduced. For our EXTREMEspec Release Bearing we’ve designed a new clip from scratch, a clip that wont fall off, will keep the bearing and fork in place and will last. Our clip fits around the fork and is clipped to the bearing on both sides, not just one. You’ll not get any bearing rattle on idle and fitting will be easier. It is the Ultimate solution to finish off the Ultimate Release Bearing.

We’re so confident and sure that the EXTREMEspec Release Bearing is that strong and reliable we offer it with a LIFETIME Warranty, which means you have piece of mind. The warranty covers the carrier and the bearing.