The store will not work correctly in the case when cookies are disabled.
Menu
Account
Settings
Currency 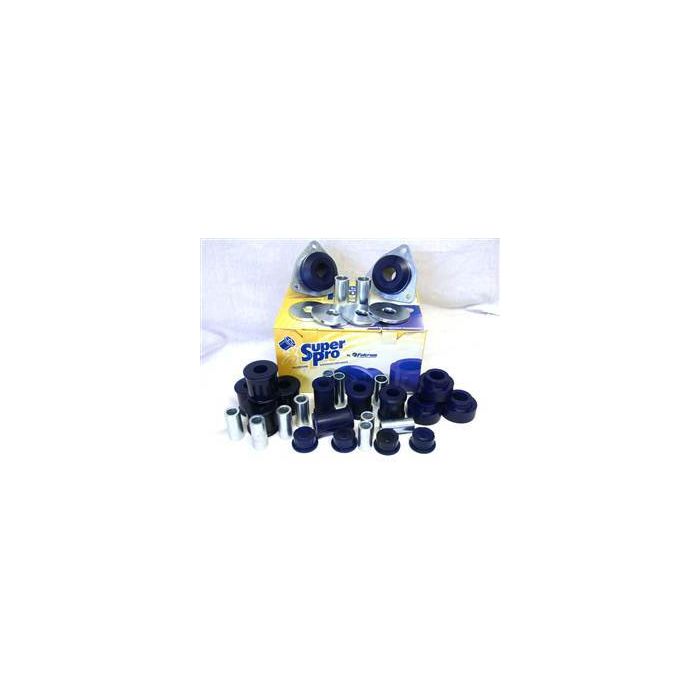 Skip to the beginning of the images gallery
Details

SuperPro Polyurethane suspension bushes are engineered to provide outstanding performance over any terrain whilst maintaining reliability. While Improving your vehicles handling and stability, SuperPro bushes will not cause harshness or vibrations which are associated with other manufacturers Polyurethane products. Also, unlike rubber which starts to deteriorate from the day it is fitted, SuperPro Polyurethane bushes are not effected when exposed to Petrol, oil, Diesel, salt, water, ultra-violet light or airborne contaminants. In addition to this, a comprehensive R&D process and a unique blend of materials means that SuperPro bushes keep going long after OEM or rubber aftermarket bushes have failed. All the bushes in this kit are also covered by the unrivalled 3 Year/ 36,000 Mile warranty.